Storm surge and Climate Change in the NY/NJ Coastal Waters

The figure above depicts the typical definition of storm surge as the difference between observed and predicted water levels.


The coastal regions of the mid-Atlantic states lay within a region that experiences frequent and, often times, powerful coastal storms. One significant and costly affect these storms have on the coastal infrastructure is the result of storm surge (depicted in the image above). In recent years, events such as Hurricane Irene (2011) and Hurricane Sandy (2012) have brought to light the incredible destructive force coastal storms can have.  The region also encounters frequent extra-tropical cyclones known as nor'easters during the late fall and winter months due to it's location near a significant gradient in temperature between the gulf stream and continental air. Coastal flooding is a factor in both types of storms (tropical and extra-tropical).

An important issue this region is currently trying to understand is how these storms will change in frequency and intensity given a changing climate and subsequent rising sea level.  The vast majority of the infrastructure in lower Manhattan and along the south shore of Long Island is a couple meters above sea level. Work on the topic of storm surge includes the utilization of statistical models  to predict surge through 10 meter winds and sea level pressure. By forcing statistical models with global climate atmospheric data, regional variations in storm surge climatology can be analyzed at particular coastal stations with minimal computational effort and reasonable accuracy. Of primary focus is how the change in the surge climatology in the NY/NJ coastal region will vary in the near future and what are the leading causes of this change (rising sea level, cyclone density variations, etc.).

Surge forecasts made by ADCIRC for Hurricane Gloria. 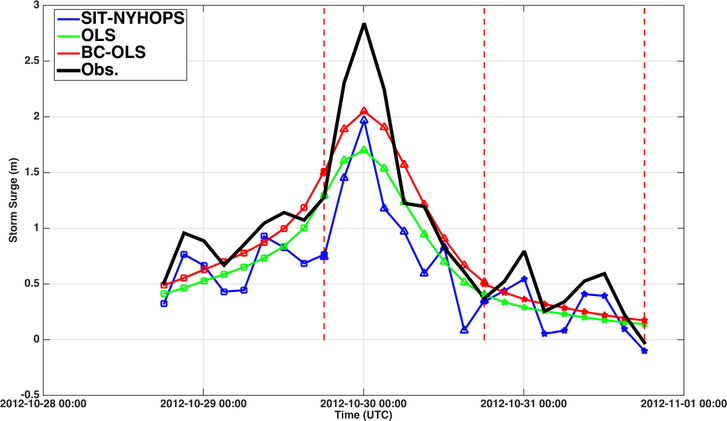 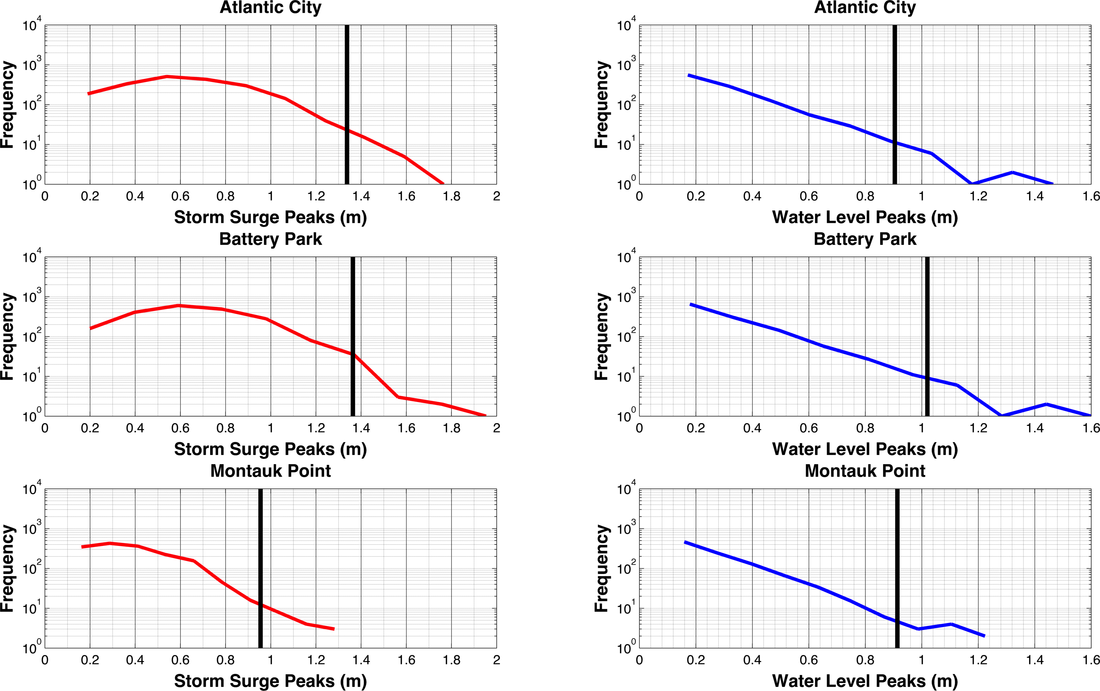 An example of heavy tailed data (surge). The most critical events occur less than < 1.0 % of the time (black line = 99th percentile).
Research question: How do modeling systems behave in extreme conditions?